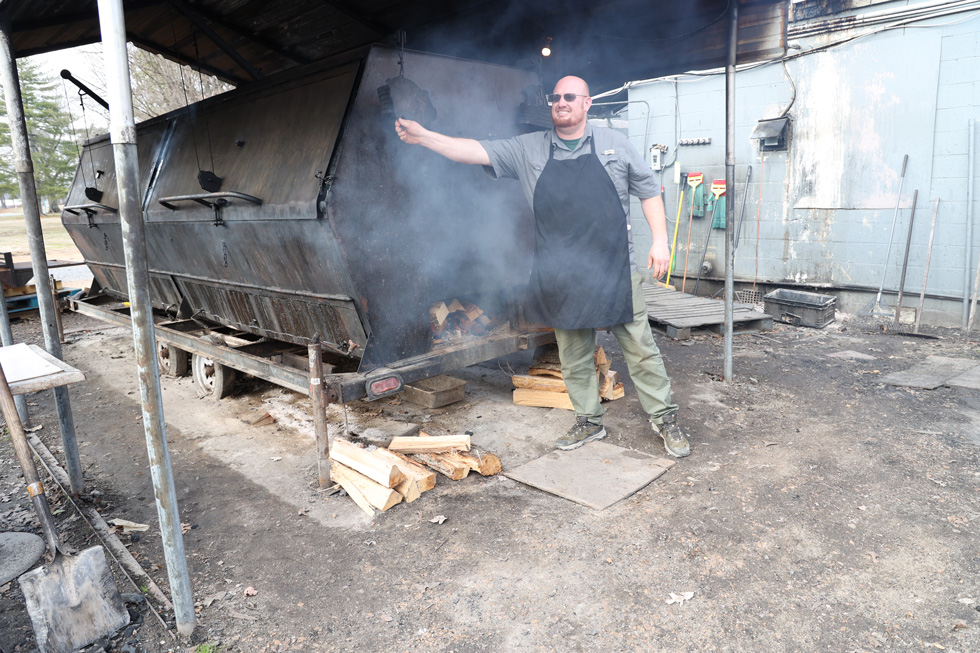 On Wednesday, February 8, two culinary worlds will come together for one purpose. Restaurateur Micah Seavers, who got involved with the Masbia Relief Team in the aftermath of the tornado that ripped through Kentucky in December 2021, will come to New York City and contrast his cooking against long-time Masbia volunteer and cookbook author, Naomi Ross. 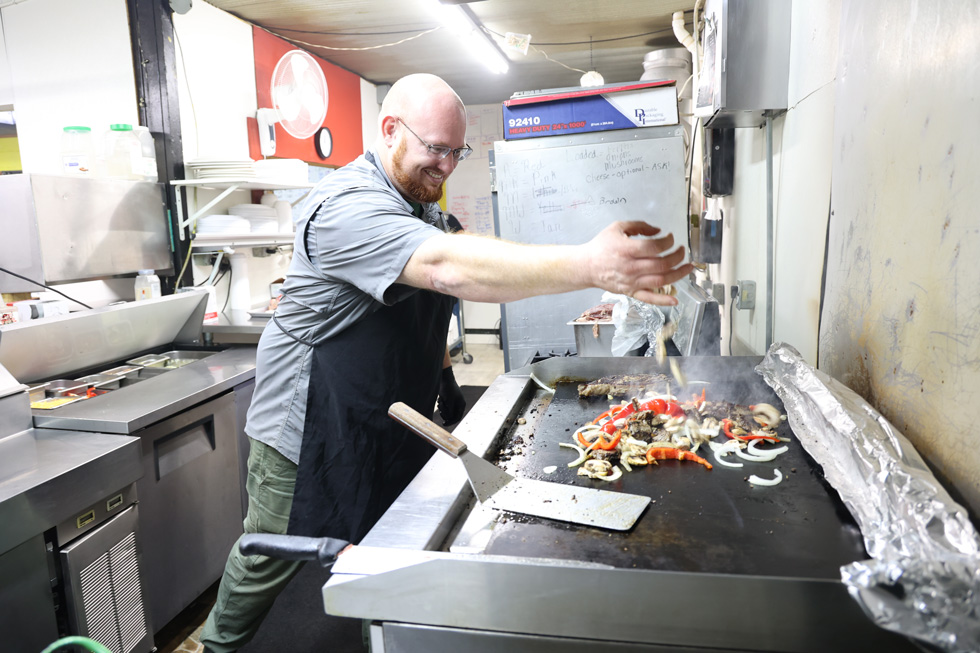 Naomi Ross and Micah Seavers, will each present six of their favorite dishes paired with selected wines, at a beautiful event hosted by Digital Content Creator, Melinda Strauss, while showing their techniques and discussing their food heritage.

Chop hunger IV will raise funds to help feed the needy at the Masbia Soup Kitchen Network, where event MC, Melinda Strauss, who has been a long-time Masbia supporter through many of her endeavors, such as her famous annual Jewish Food Media Conferences and her personal birthday fundraisers. 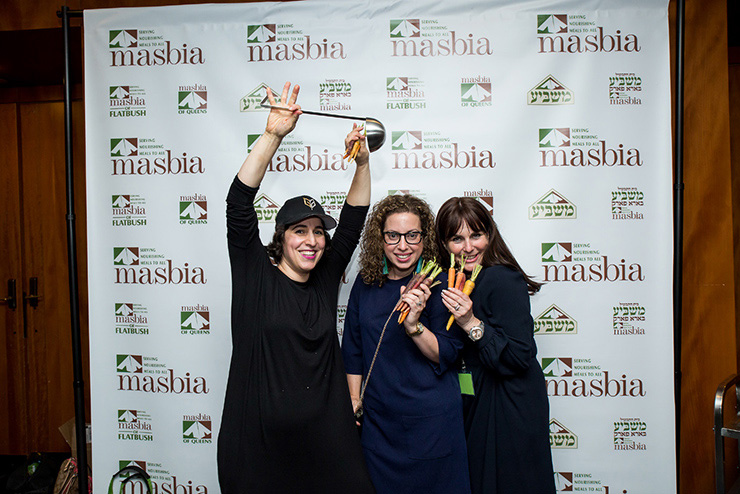 “This new upscale take on the Chop Hunger event has two very notable, new features,” said Alexander Rapaport, Executive Director of Masbia. “All of the onstage participants have worked in the trenches with Masbia to feed the needy and it’s not a buffet event, but a high-end, gourmet experience.”

Micah Seavers, whose family has been in the restaurant business since he was 12 years old, turned their current restaurant, Southern Red’s BBQ & Catering, into a relief center immediately after the historic tornado of December 2021 due to the restaurant’s proximity to the tornado’s path of destruction. A few days later, the Masbia Relief Team arrived from NYC with much needed equipment and supplies, led by Rabbi Simon Taylor of the Orthodox Union and Naomi Nachman, cookbook author and Co-Chair of the Masbia board. Micah will bring his non-kosher, southern, culinary skills to New York on February 8th when he will present the kosher version of his dishes. 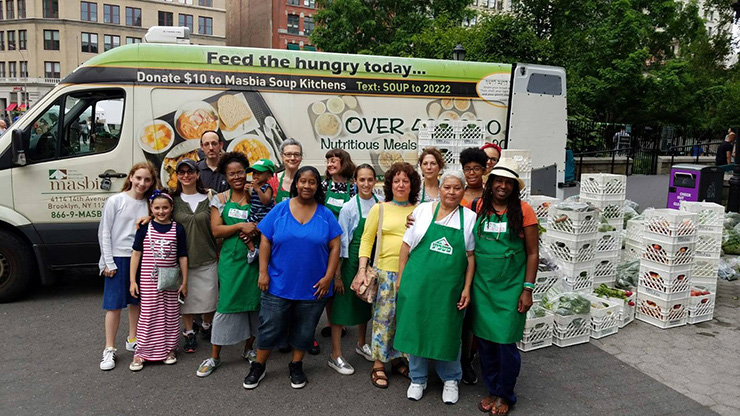 Cooking instructor, Naomi Ross, who recently debuted her first cookbook, The Giving Table, after many years of teaching home chefs of all ages, will juxtapose her kosher cooking skills and techniques against Micah’s. Naomi has been volunteering with Masbia’s head chef Ruben Diaz, taking part in food rescues at the Union Square Greenmarket, cooking hundreds of meals during COVID, sharing her recipes when needed, and helping with fundraising.

While the live event will be exclusively for those who have purchased the extravagant, high-priced tickets, Chop Hunger will run a pop-up restaurant throughout the day for those who want a taste of the action beforehand or simply can’t make it to the event. They will be able to buy lunch or dinner from a select menu for take home or delivery in the borough of Manhattan. The newly renovated social hall at the West Side Institutional Synagogue will be buzzing with excitement as chefs and foodies prepare a 12-course meal where each dish will be served with award-winning wine after being showcased on stage. 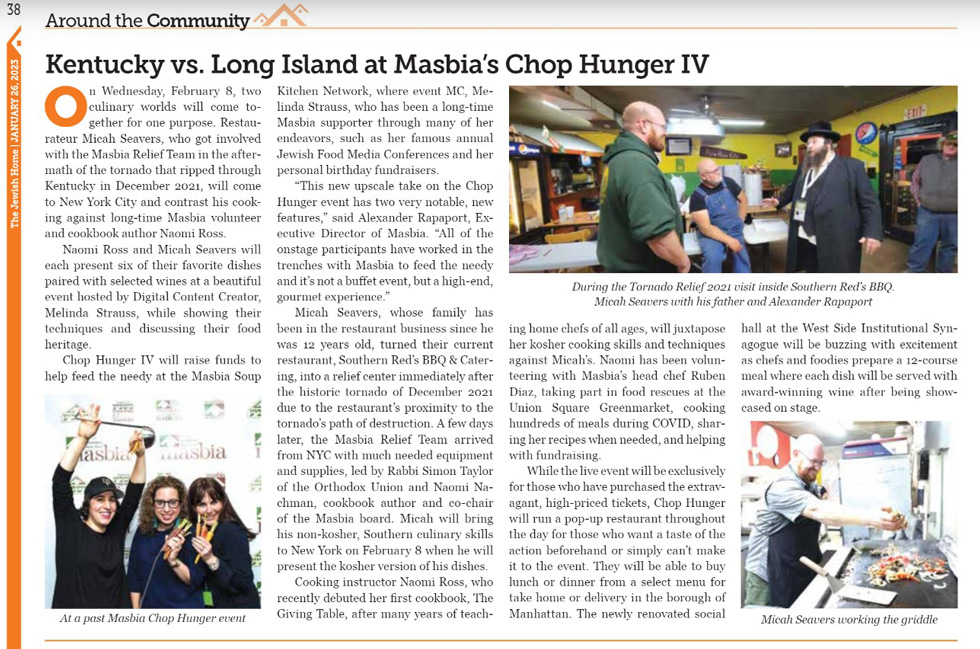