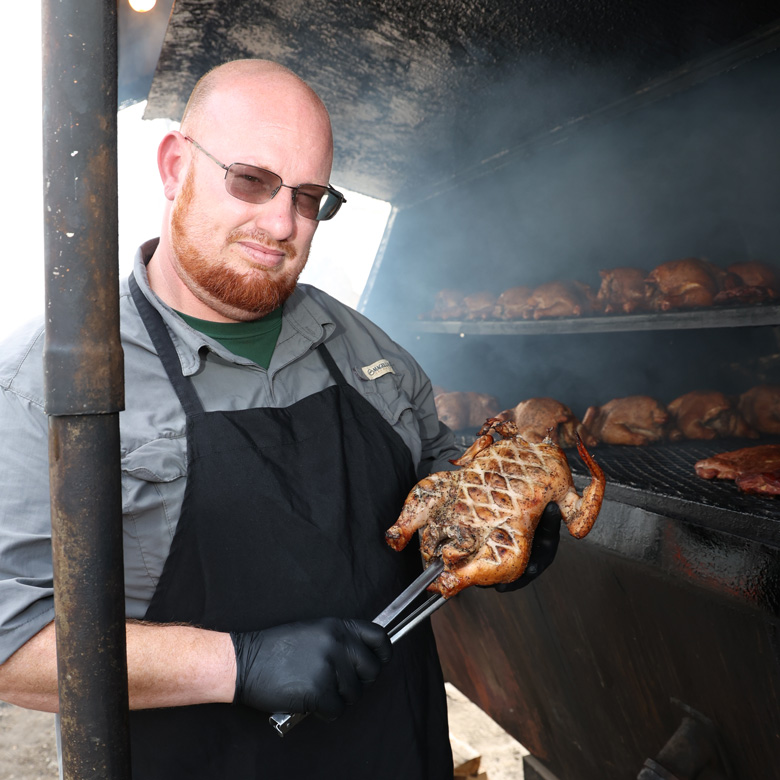 Micah Seavers is a seasoned BBQ pit-master and owner of Southern Red’s BBQ in Water Valley, Kentucky. He has been cooking since the age of 12 and has been running Southern Red’s BBQ for over 25 years. In addition to his successful restaurant business, Micah is also the owner of a nonprofit campground called Camp GRAVES. He also owns Seavers Beavers, a pest control company that helps the local community with pesky creatures. Micah values simplicity in his cooking and believes that giving back to the community is an essential part of running a successful business. He is also an avid believer in doing justly, loving mercy and walking humbly with God. He lives in Pilot Oak, Kentucky with his wife and four children.

Micah first came into contact with Masbia after the historic tornado of December 2021, when he turned his restaurant into a relief center due to the restaurant’s proximity to the tornado’s path of destruction. It was a few days after this that the Masbia Relief Team arrived from NYC with much needed equipment and supplies, led by Rabbi Simon Taylor of the Orthodox Union and Naomi Nachman, cookbook author and Co-Chair of the Masbia board.

“Join me at Masbia’s Chop Hunger 4 for a luxurious, high-end, gourmet event where 2 culinary worlds unite for 1 purpose – to feed the needy. Get your ticket today.” – Micah Seavers